10 things to know about Pharmacies in Lima Peru

800 Tourists to be rescue today from Aguas Calientes

Discover the Wonderful Lord of Sipan

Mistura 2011 Ticket Prices and Where to Buy

Bus and Taxi Fares for Lima, Lince and Miraflores in Peru

Today, Peruvian food lovers from around the world were giving some good news. The 4th edition of the International Gastronomic Fair in Lima, Peru, also known with the more popular name of Mistura 2011, will be extended in this 2011 edition to a total of 11 days. The gastronomic fair will take place in the month of September of 2011.

The gastronomic fair Mistura 2011 will open its doors September 8th (Thursday) for a list of special guests, members of the specialized press and business participants. Hopefully blogging for a Peruvian themed blog like this one will qualify me as member of the media.

Mistura 2011 will open its doors to the general public next day, September 9th (Friday) and it will remain open until Sunday 18th. Apega (Sociedad Peruana de Gastronomia), the main organizers of Mistura 2011 are expecting more than 300 thousand visitors for this edition of the gastronomic event in Lima. The location for this year will not change from last year’s edition and will remained the same place located at El Parque de la Exposicion (Paseo de la Republica and 28 de Julio), as everybody was happy with the facility and floor arrangement during Mistura 2010.

Last year’s Mistura 2010 presented the visitors with an incredible selection of dishes from all regions of Peru, there was also all kinds of bread, prepared fresh by more than 50 bread makers (you have to understand than in Peru, you are expected to eat freshly baked bread every day and sliced bread is not very popular).

Organizers are also trying to improve some of the problems from Mistura 2010. For once, many people were dissatisfied with the long lines experienced when trying to buy tickets. The restrooms were cleaned during the first days of Mistura 2010, but I heard close to the closing day, the cleaning crew was having a hard time keeping some of the restrooms clean. Like I said, growing pains that I am glad are being look upon for improvement.

Mistura 2011 will be the gastronomic event of the year in Peru. The exposition that many of our different cultures in Peru are getting is giving more recognition to the gastronomic legacy and modern development that originates in Peru and its chefs. So make your travel arraignments now, get your plane tickets and hotel reservations ready for September. See you there.

Next Mistura 2011 Ticket Prices and Where to Buy

Mistura 2011 Ticket Prices and Where to Buy

Tips to Entertain Your Children During Long Trips

This site uses Akismet to reduce spam. Learn how your comment data is processed.

5 Supermarkets to buy your Groceries in Lima, Peru

Safety Precautions You Need to Take While Using Public Wi-Fi

5 Tips for Avoiding Work on your Vacation

5 Sensational Vegetarian Restaurants You Need to Enjoy in Lima

5 Fantastic Museums You Must Visit While in Lima

10 things to know about Pharmacies in Lima Peru

A History and Future of Peruvian Quinoa

Tips to Entertain Your Children During Long Trips 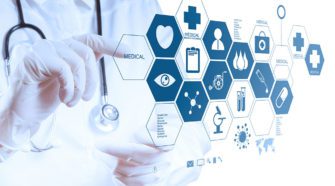